The making of “Flesh and Bone” 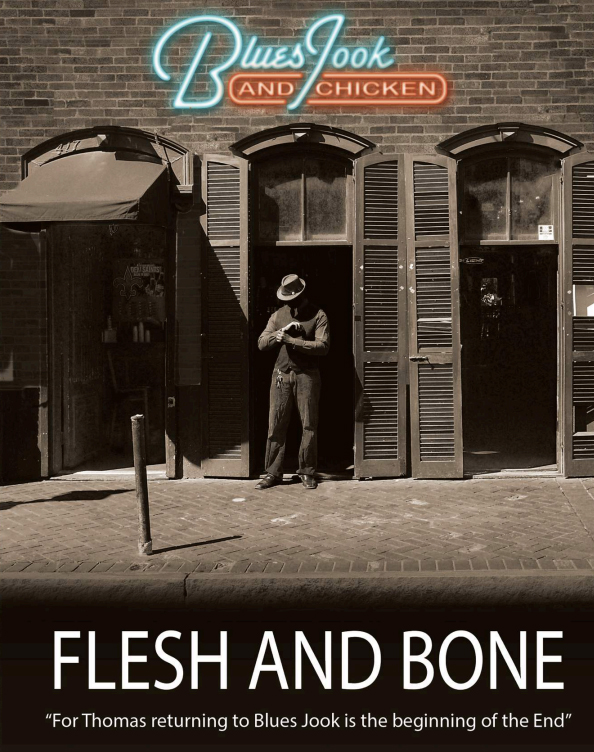 The Weatherford College Jazz Orchestra will host a showing of the film “Flesh and Bone” Wednesday, March 2, from 5 to 7 p.m. in the Mince Auditorium.

The film features several WC students on camera and on the soundtrack.

Guest speakers Jamelle Adisa, Tonya Holloway and Anika McMillan-Herod will be present to speak about the filmmaking process and adding soundtracks. WCJO director Fredrick Sanders, who composed the film’s score, will discuss the production of music for film.

Written by Holloway and McMillan-Herod, “Flesh and Bone” is set in a fictitious Dallas restaurant run by Puddin’ and Abe, a feisty middle-aged couple. This contemporary short film features a cast of eccentric characters who rely on the blues music they love and each other to express their love, fear, joy and pain.

Gregg Daniel plays Thomas Wescott, a former minister turned alcoholic following the tragic death of his 10-year-old daughter. On the anniversary of her death, he makes his way to Blues Jook and Chicken, his refuge from society, and is awakened by the sight of a new girl whom he believes is his daughter. Daniel has more than 100 film and television credits to his name including Reverend Daniels on HBO’s hit show, True Blood.

“Flesh and Bone” is a project of Dallas-based Soul Rep Theatre Company.